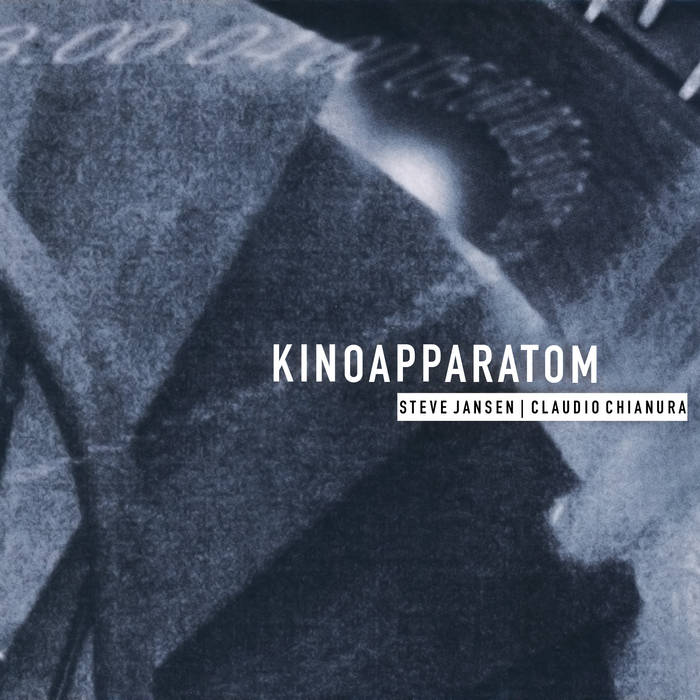 recorded in milan, palazzina liberty on 11th december 1999, steve jansen with keyboardist claudio chianura performed live to a screening of the dziga vertov’s film ‘the man with a movie camera’ (‘kinoapparatom’). originally released on the medium productions label in 2001, this 2015 release will contain three additional tracks by steve jansen (‘machine room’, ‘mirror’, ‘ballerina’), all previously unreleased, taken from the same inspiration and completed in 2015.

the music is dark and foreboding whilst also at times playful and whimsical. as in the movie ‘kinoapparatom’ there are elements of magic and trickery and a sense of montage, many fragments creating the whole. virtov set about being a visual poet against the backdrop of everyday life in a russia just prior to the weight of stalinist orthodoxy that came crushing down on the avant-garde movement. this impending weight underlies many of the titles with mechanised loops and ambient dissonance, often interrupted by human or analogue frivolity.